Before I leave Bishan this week… I’d like to document the quiet neighbourhood that I’ve called home the past three years.

I remember the excitement of relocating to Bishan back in 2013. At the time, I was still living in Khatib. Bishan felt closer to everything. It was closer to my previous employer at Caldecott. It was closer to Jollibee in Orchard. It had a MRT interchange which connected you to both the red North-South Line and the yellow Circle Line. I no longer needed to take a feeder bus (the ones that get you from the town MRT station to your block).

Over the years I made use of the nearby “amenities” like Ang Mo Kio-Bishan Park. A gorgeous park that acts as a buffer between the massive Ang Mo Kio estate to the north. I also have my favourites like the sweet and sour pork at Kim San Leng to the hole-in-the-wall Thai restaurant next to the POSB.

The feeling of walking home after a late movie at Golden Village Junction8. No more expensive taxis!

SO. I’M BEING TOO SENTIMENTAL NOW!

24/7 Giant grocery store – the one I frequented the most

The Bishan bus interchange that I barely used… I lived at a nearby block.

The new condos that were built in the past few years.

The community club where I experienced an F1 Screening (as it happened “LIVE” downtown) and also the club where I was able to pay my respects to the late LKY. 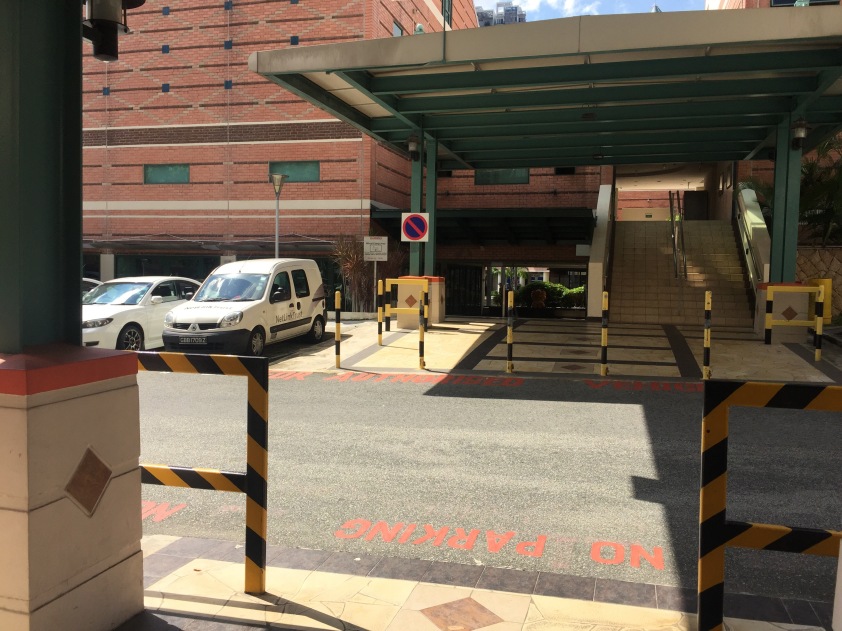 I could tell what time of the morning it was by looking at the shadows here. 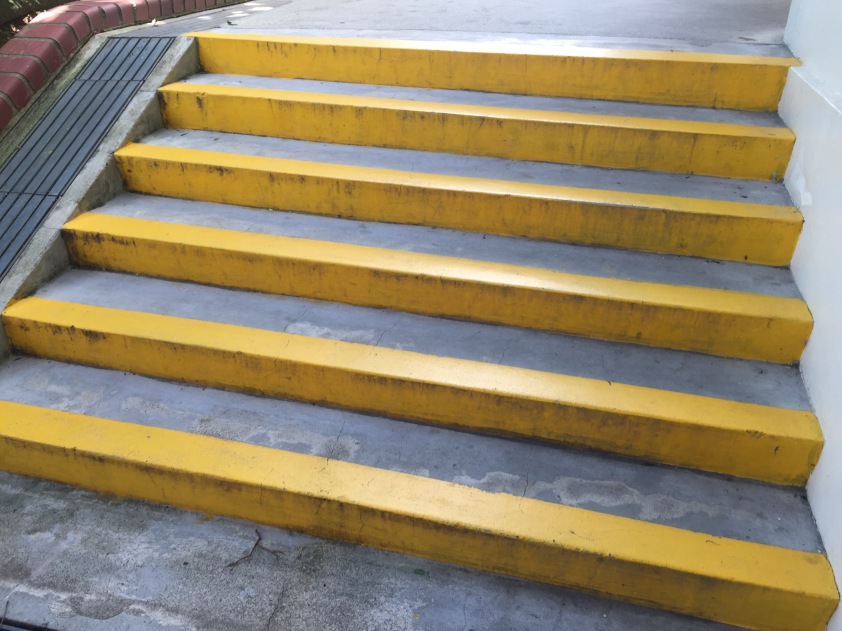 How the steps looked like in my neighbourhood. Several of these in Bishan Spring. 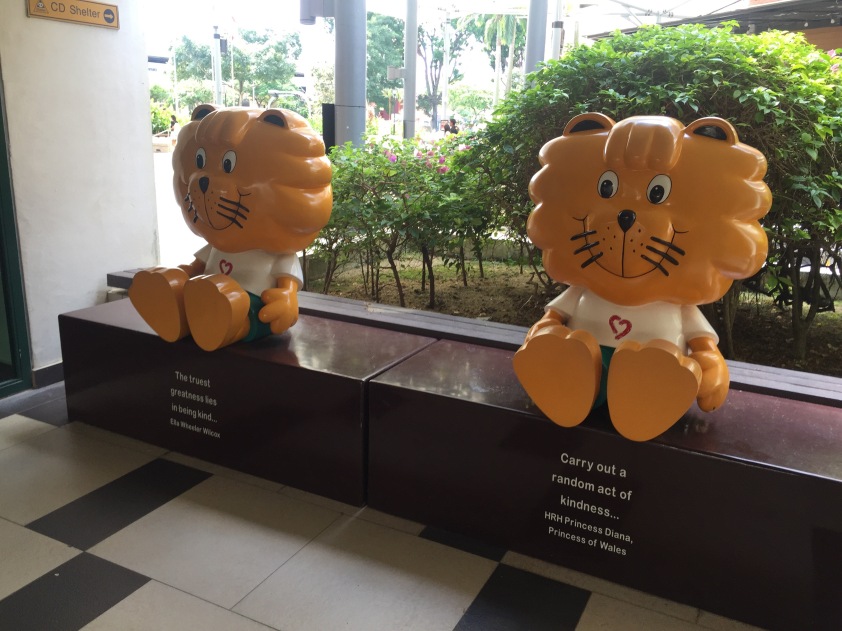 The pair of “Singa the Lion” at the community club. I hope they NEVER remove these.

These were colourful when they installed a few years back. Sadly, they’ve faded. 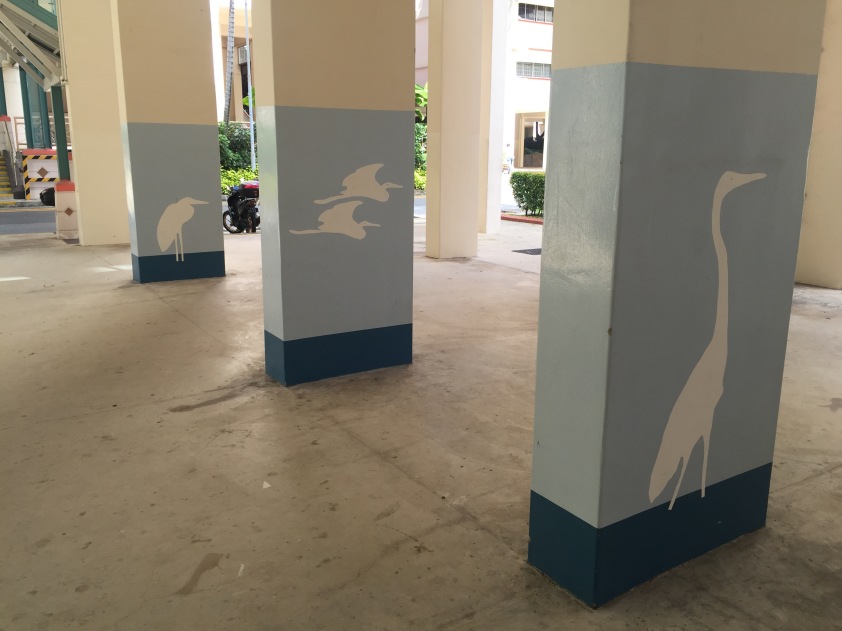 The bird drawings on the void deck I pass by each morning on my way to work.

The humble HDB blocks of Bishan. Built in the 1980s.

This is a new playground installation near my block. I’ve seen the playgrounds in this neighbourhood be upgraded over the past three years. 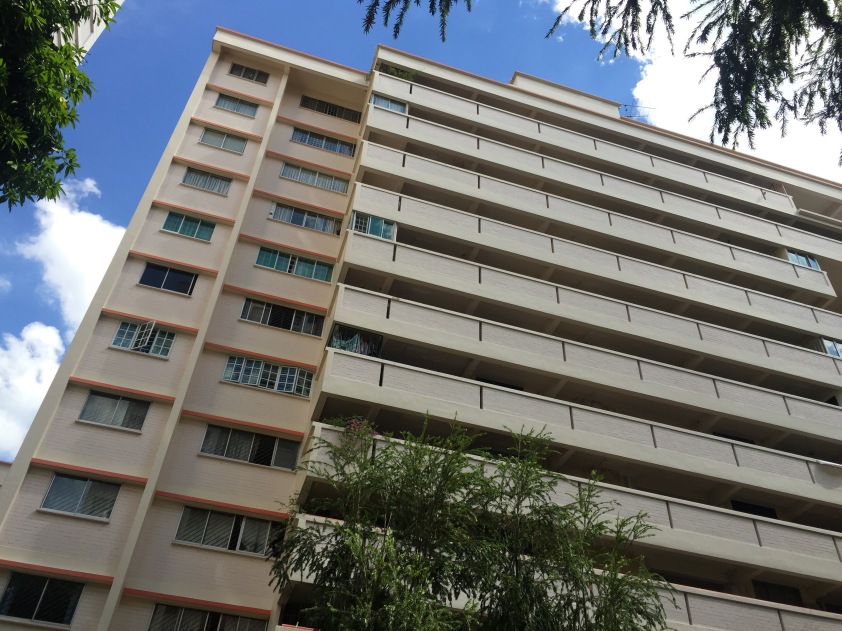 Not once did I ever get a view of the neighbourhood from a top floor. This was always how I looked at the neighbouring HDB blocks. In August, the national flags would be displayed. 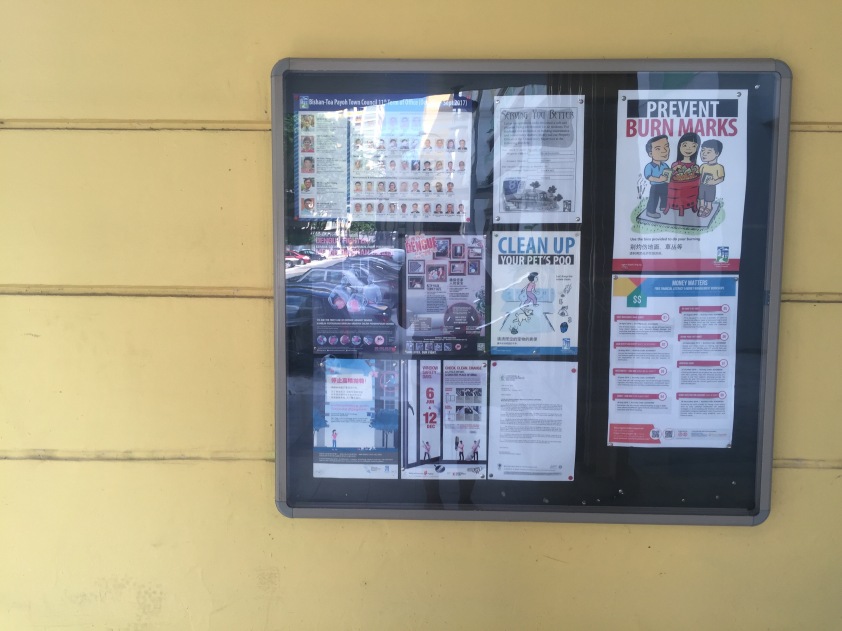 The community boards. Always neat and filled with things that remind you to be a good citizen. Hehe.

This past year they removed the big trees that used to line area to the left of this photo. They are currently upgrading the parking spaces.

Perhaps a photo that captures best my walk to and from home. I would listen to my Spotify and strut down this corridor as if it were my catwalk.