I can’t believe it’s been a year since I met PJ! ❤

In the past year, no one’s made me smile and laugh as loud. He replies to messages before I send them. He’s embraced the things that I love and has made them his own. He isn’t forceful. Always smiling at me. He has this way of tilting his head down and his eyes sparkle at you. I can’t really describe it sorry! He’s made me happy and I’m grateful to have met him a year ago. Surely we’re in our honeymoon phase perhaps. And we are far from perfect. But for a first-year… we’re smooth. He has a way to make the sun rise on my cloudy days.

We’ve been to a few destinations already in one year: Melaka on our 2nd weekend together last year (ambitious), Ho Chi Minh City for Christmas (riding motorcycles), Ipoh for his friend’s wedding (sampling sweets at Concubine Lane), Bangkok for Songkran (it was a BLAST), and Manila (to meet my family).

Our relationship started when I had just left my previous job. Those early days of our relationship involved me spending days in his Tampines flat and waiting for an email reply from an interviewer. He’d cook pasta and we’d watch drag race on a single bed.

I love picking him up at his office which is also in Tampines. And we’d go out for Thai food or maybe get takeout and eat it at the park. We’ve grown fond of teppanyaki. I watch him order his 2nd Coke and an extra cup of rice.

The many times he’s in the lobby of Marina Bay Financial Centre Tower 2. Waiting patiently on the seats. Each time we meet we exchange a kiss and start walking in the direction of food.

That one time he wore a Star Trek uniform with me. Even if he hadn’t seen a single episode of Star Trek. And how he’d listen to me talk on and on about the Klingon War.

We live in the intensity of the moment. But it’s nice to look back at what experiences I’ve had this past year. Marami na pala tayo nagawa. 🙂

To celebrate our first anniversary, I flew back immediately from my work trip in Dublin so I can land in Singapore on the 20th of July. PJ picked me up at the airport. I told him to prepare a bag for a “staycation”. He already guessed which hotel it was going to be at (even if I was trying to mix it up so it’s not expected).

After taking a few photos at the HSBC Rain Vortex (that huge waterfall within Jewel)… I told him “alright, let’s check-in at Crowne Plaza.”

I leave you with photos.

View all posts by George 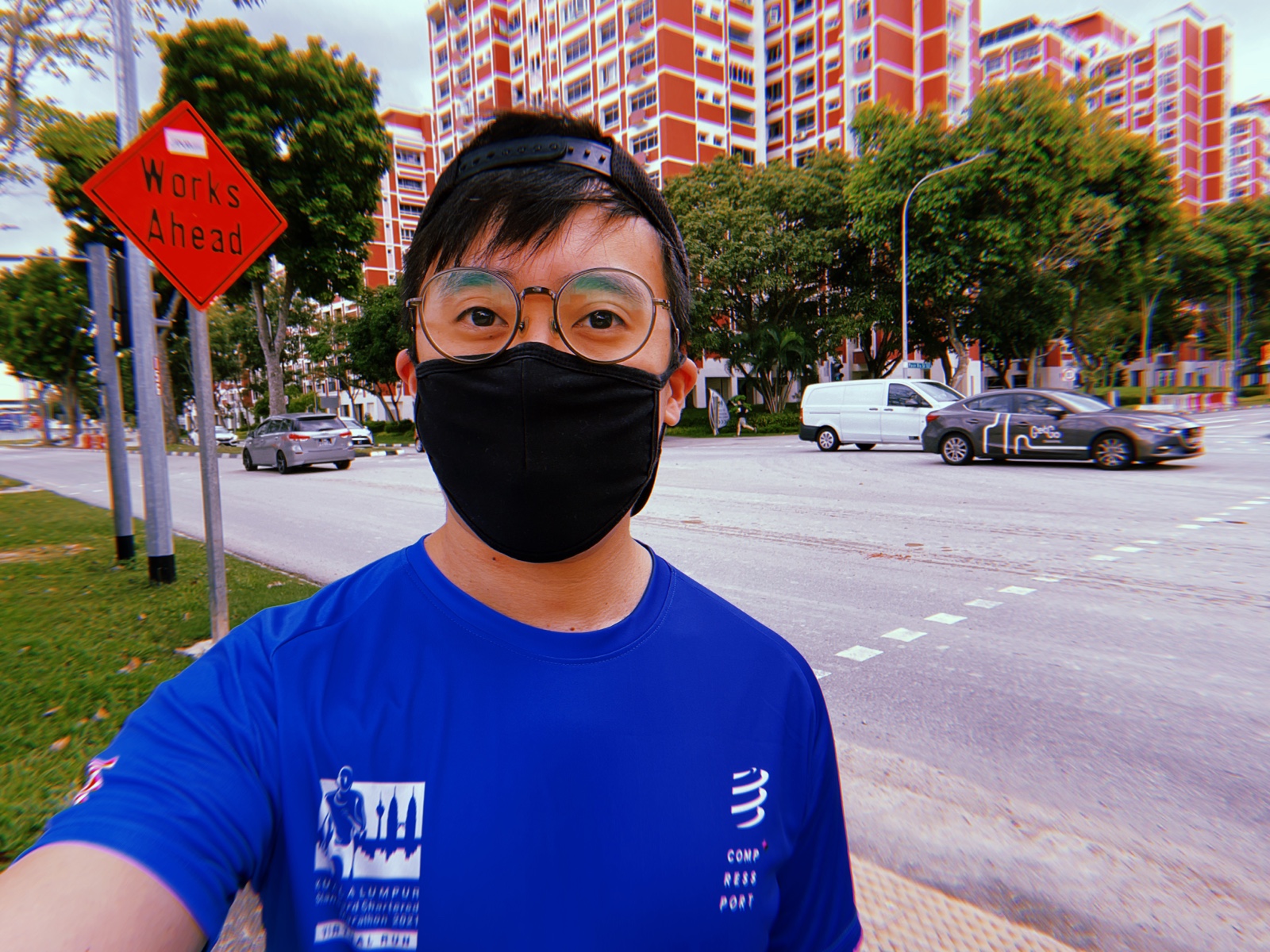 Hi, I'm George and welcome to my personal blog! This version of my blog started in 2013, right after I came out to my parents.

A little bit about me. I'm a Filipino American who has been living and working in Singapore for the past ten years. I write about my life and adventures in the Lion City. This includes stories about food, events, and hobbies such as running and dragon boating. I also write about the Filipino and LGBTQ+ communities in Singapore.

As this is my personal blog, all views expressed here are my own and they do not reflect the views of my employer or any organisation I am affiliated with. If you want to follow my career, consider adding me on LinkedIn.

Listen to my podcast