I wanted to escape the house earlier and visit two parks in neighboring Pasir Ris. Bus 15 from opposite Temasek Poly makes a few stops in Tampines before ending its journey across the TPE at Pasir Ris Bus Interchange.

From the interchange, I followed the crowds around these construction barriers to reach the entrance of Pasir Ris Town Park. 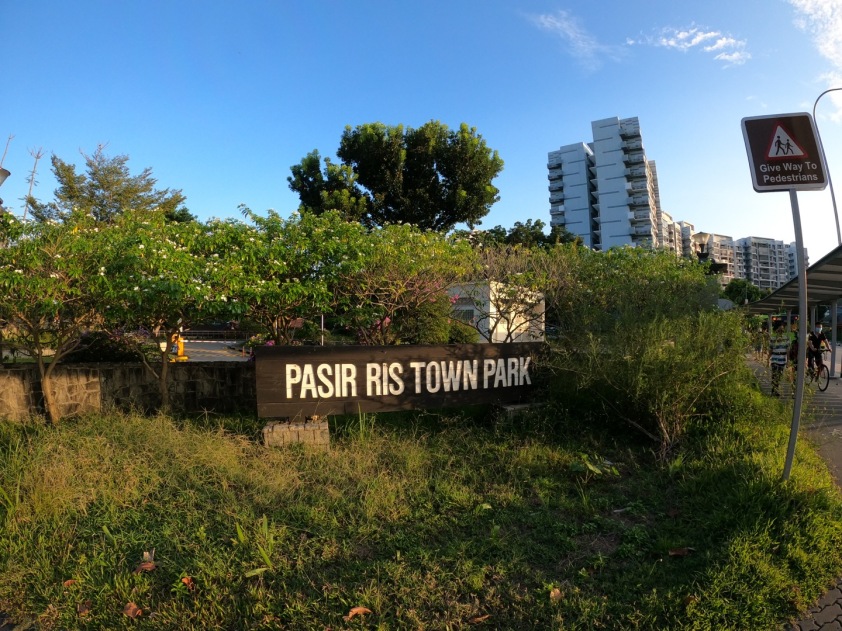 The entrance to the park

This modern hawker centre in Pasir Ris opened in 2018.

These are the reminders that are posted at the entrances of all parks in Singapore. 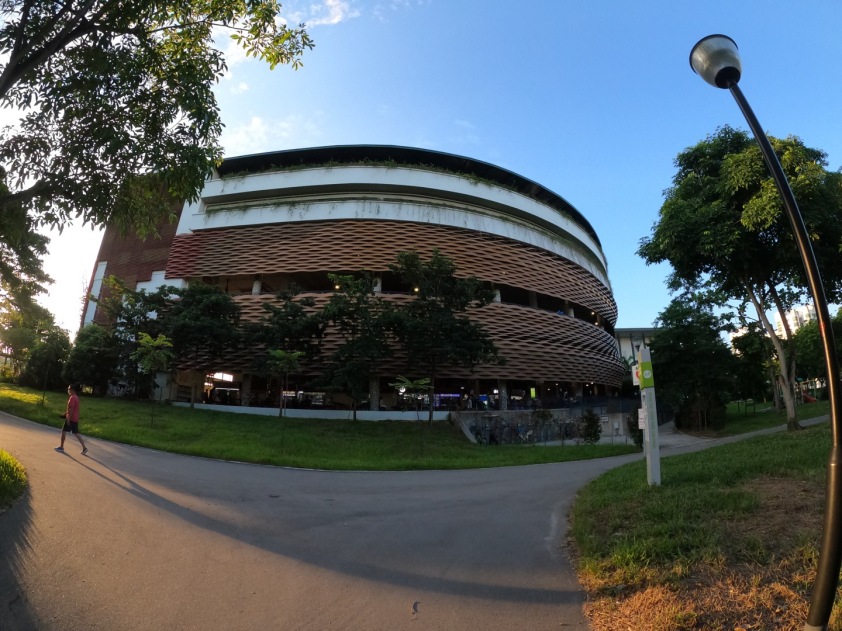 Curious, I wanted to take a look at what’s inside the hawker centre. 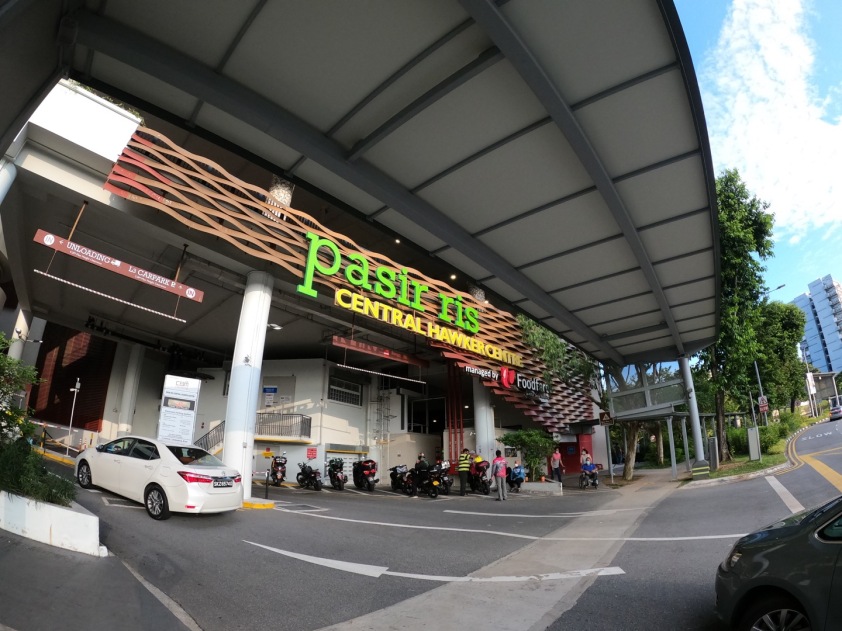 The first level has your usual Singapore favorites. The second level has “hipster” and fusion.

These seat signs are everywhere.

Treating myself to a local favorite… lime juice! Perfect against the island’s humidity.

Back to the town park… I got in right at sunset! 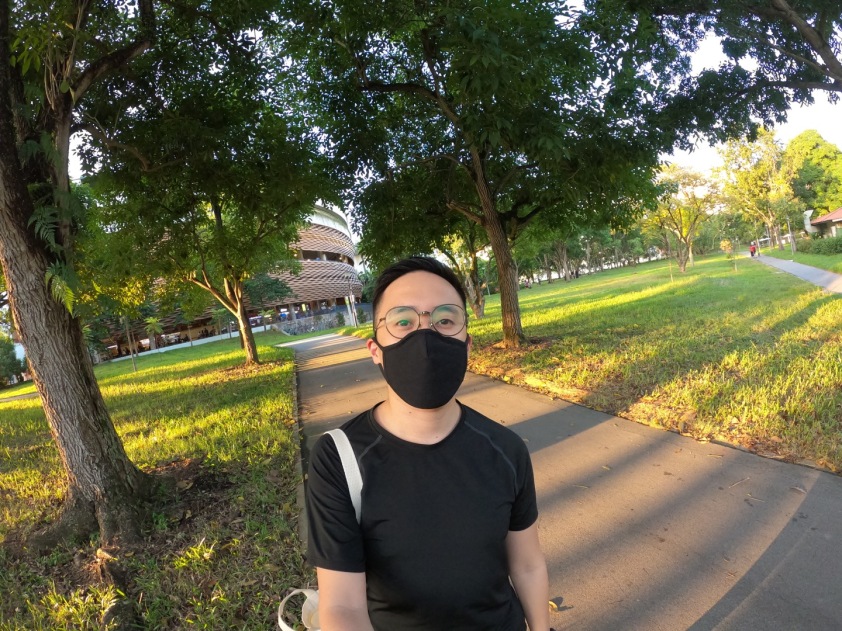 Wearing dry-fit for the weather.

Pasir Ris Town Park has a marine or fishing pond.

I think this would be a great place to grab a beer! 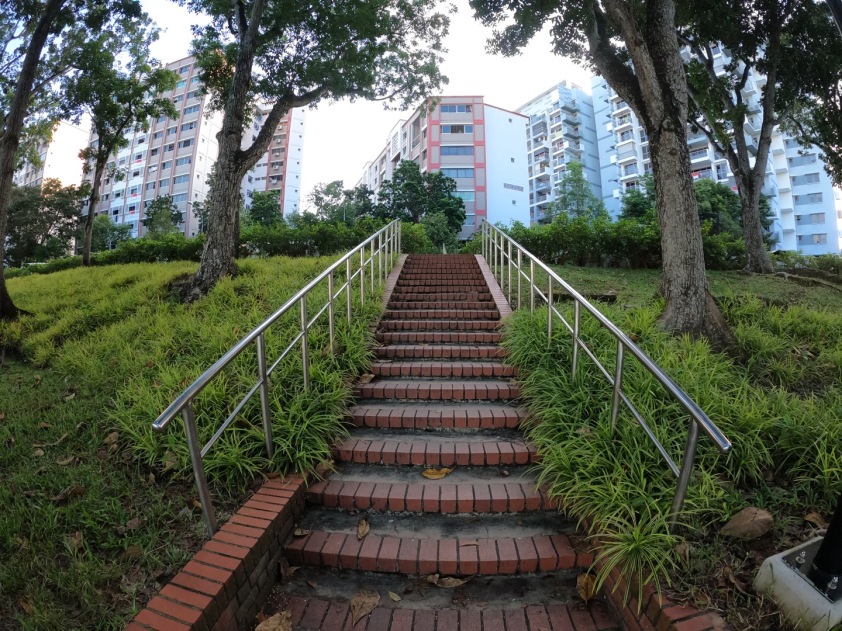 Like virtually all parks in Singapore, they easily connect with the HDB apartments.

One of my favorite things about Singapore is the close proximity between living spaces and parks.

You’ll notice that several people are fishing on a relaxing Saturday evening. 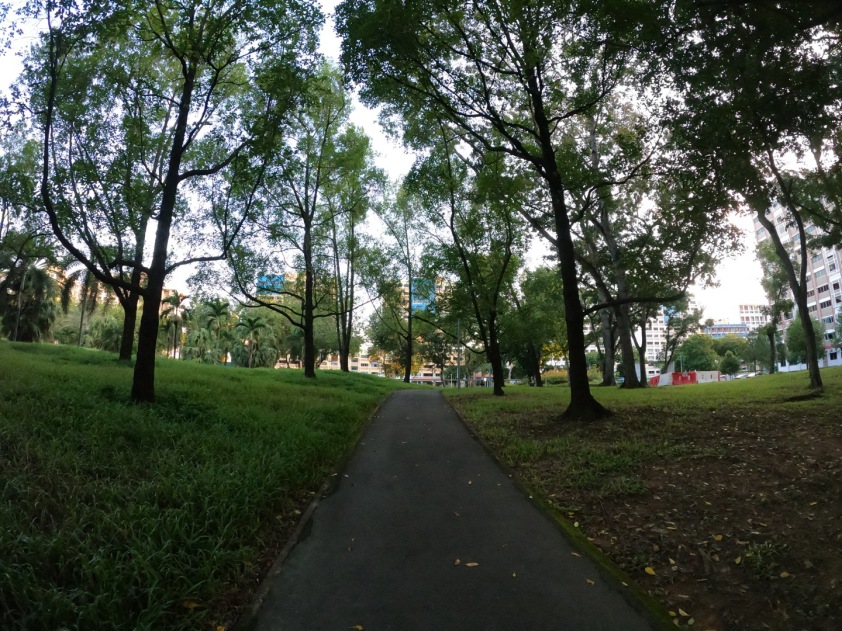 Not pictured… the many joggers on the footpaths.

Pasir Ris is a coastal town known for its recreational resorts. The town has a very nautical theme. 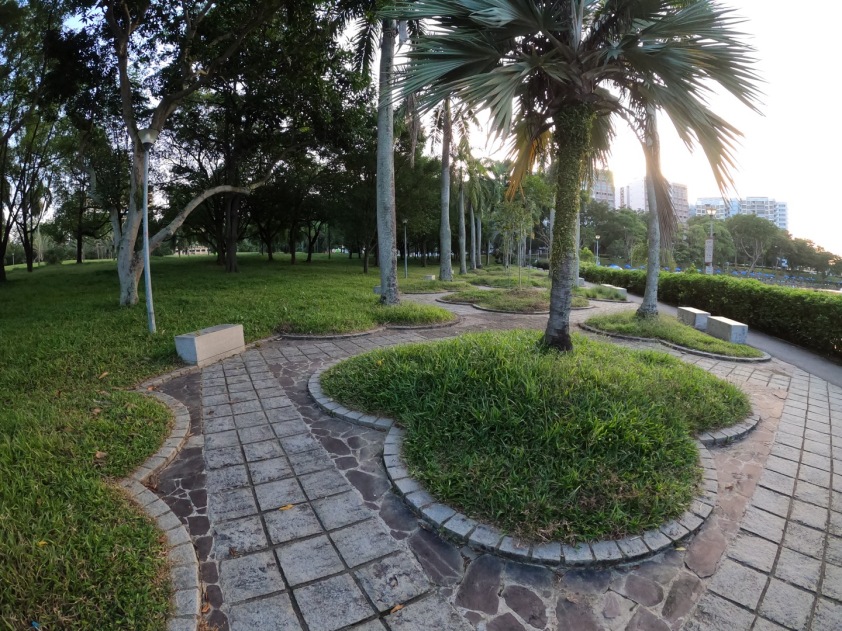 The abundance of green spaces.

I thought this ship was old. Apparently this was only inaugurated in 2019.

Some areas remain restricted… likely due to the pandemic.

While walking around this area… I noticed how relaxing and laid back everything seems to be here. 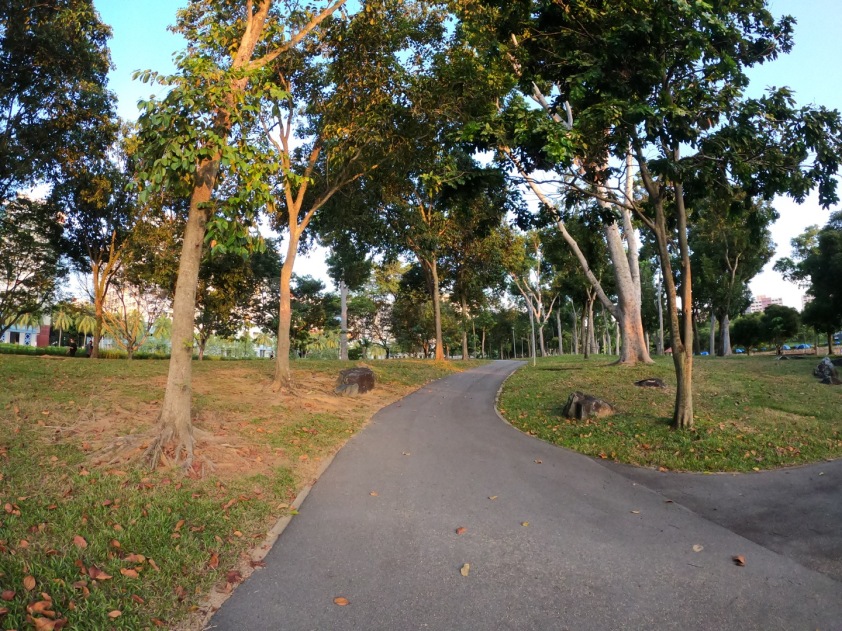 The paths are sufficiently wide enough for both joggers and cyclists.

This footbridge crosses Sungei Tampines to reach another area of Pasir Ris.

After Pasir Ris Town Park, I wanted to see if I could reach the nearby beachfront across the road. The park connector straddles the side of Downtown East (which happens to house one of the island’s isolation facilities for pandemic patients… who test positive for the virus, but don’t require hospitalization).

There were plenty of joggers and cyclists along this path. But I managed to capture a moment where I had all this green to myself. On the right would be NTUC D’Resort which houses patients of Covid-19 and are under isolation.

The sun had already set by the time I reached Pasir Ris Park. I noticed the camp sites and many joggers and cyclists in the area.

On the right would be the rustic beachfront. The view would be of Pulau Ubin (not Malaysia).

I switched off my GoPro since it was already dark. 🙂

I’m looking forward to moving to this neighborhood in a few weeks. I had no idea there’s a wealth of scenic jogging paths that will eventually replace my favorite Bedok Reservoir.

As I stand here at the easternmost edge of Singapore, I’m thinking about what the next few months will be like in this country. With the pandemic having affected the entire world in the past 8 months… I feel like all I have to do is focus on getting through today. I shouldn’t really worry about 3, 6, or 9 months into the future. I should focus on improving what I can improve in the present.

I try not to think about the stress of moving houses twice in one year. Or that this is my ninth house move in 8 years. It’s kind of ridiculous to put it that way. But who gives a. I’ll be in a new neighborhood. I’m hopeful there will be new stories to tell.

Pasir Ris Town Park and Pasir Ris Park are different. The former contains the fishing pond and is 5 minutes away from the MRT and bus interchange. The latter is the beachfront one that faces Pulau Ubin.