A new place to explore! I was sad I wasn’t at the grand opening of the National Gallery last November. We finally got to visit earlier and it was WOW. Impressive!

END_OF_DOCUMENT_TOKEN_TO_BE_REPLACED

Our friend S is moving out of Normanton Park. She’s lived there for several years. It was our hangout on multiple occasions. S threw a BBQ party with close friends. 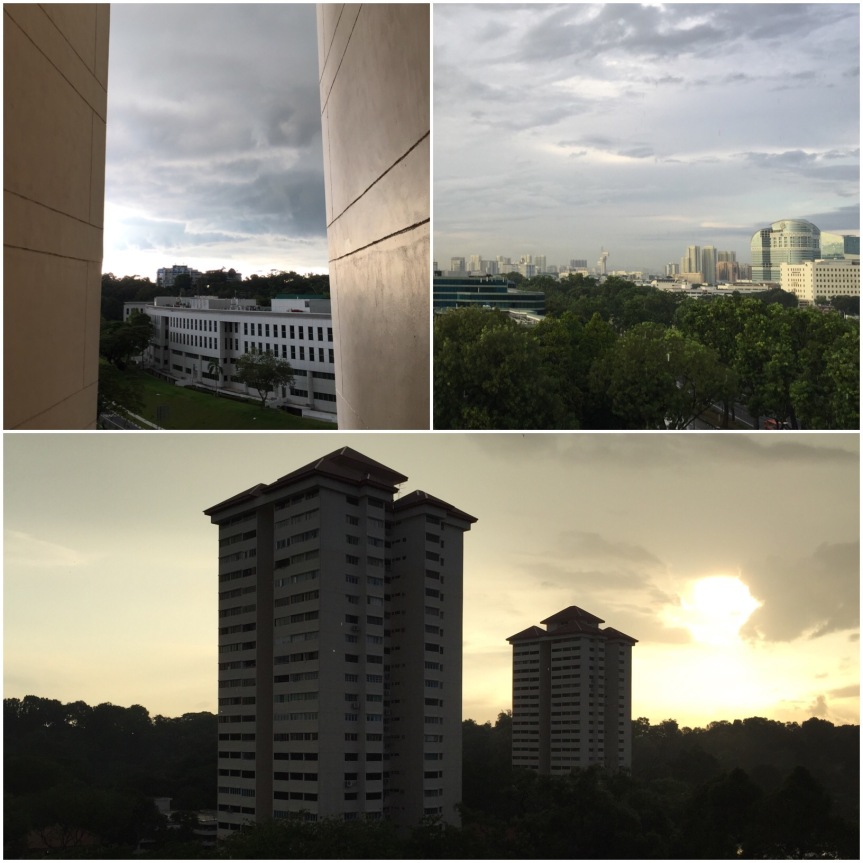 I saved a lot this year because of the vouchers I won at my company party last week. Takashimaya is godsent. They have free gift-wrapping too!

I’m down with a mild fever today. It was worse on the MRT ride this morning. I was shivering. I still went to work but checked up with a doctor in the late afternoon. Suddenly, he asked me what my religion was before giving advice about finding my prayer center. I told him I was experiencing insomnia. He cited Mr. Lee Kuan Yew too. Waaah. So knowledgeable and so personal this doctor is. Today, I popped in a Panadol and a Strepcil.

It’s difficult to be sick in Singapore. Your family is away. Your boyfriend isn’t around. I’m tempted to text a friend and ask if she can stay over if my fever gets any worse.

I’m at the twilight of my twenties. (Should I be worried?)

I hope in 2015 I’ll be spending my 30th birthday bringing my family to Korea or Taiwan. #wishlist

This year though I had to tone things down. Originally, I wanted to have a theme party (I’m like THAT). Pajama party, nachos party, sausage party (!!), 80s Stripclub party, barbecue party… But to cut costs I scrapped all of that. END_OF_DOCUMENT_TOKEN_TO_BE_REPLACED

“What we are and who we are is not a choice. It is not a lifestyle. We are born this way and so we should be proud of ourselves. When we are all lucky to find that special someone, we shouldn’t be told we cannot love. I hope and I know that Singapore will eventually become a place where we all can truly enjoy the freedom to love.”

Watched and observed Singaporeans come together to form their 6th Pink Dot. The atmosphere was electrifying. Reminded me of my first time to attend Manila Pride. It was touching to see all walks of the LGBT spectrum coming together to celebrate so much love. We really have to do our part to end the hate and bigotry. It doesn’t matter if you are in the United States, the Philippines, or Singapore. We all deserve the freedom to love and that truth is universal.

None of photos I took while visiting Pink Dot SG give justice to the incredible showing of love. See photos from their official albums to see more wonderful, beautiful takes from the event. 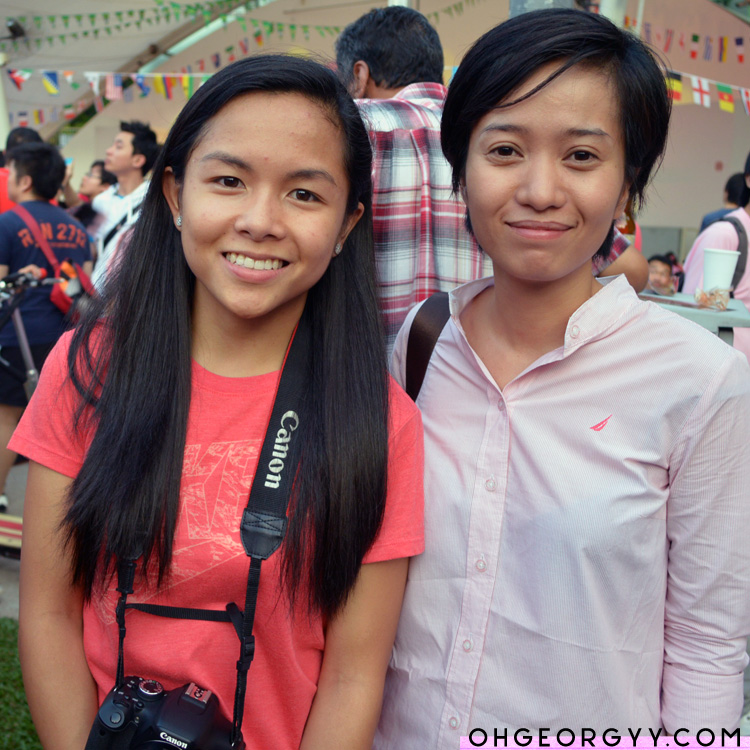 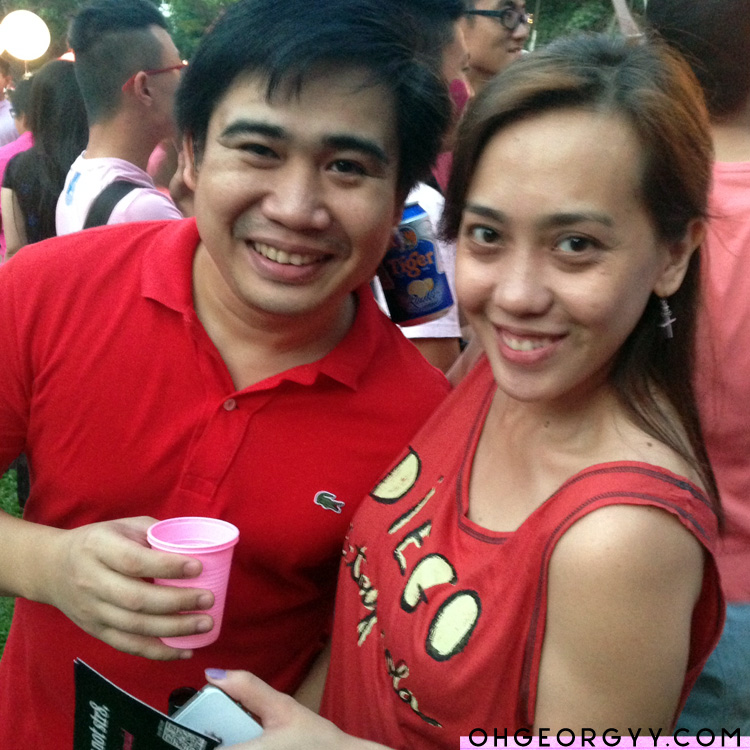 A video I took during the national anthem segment: 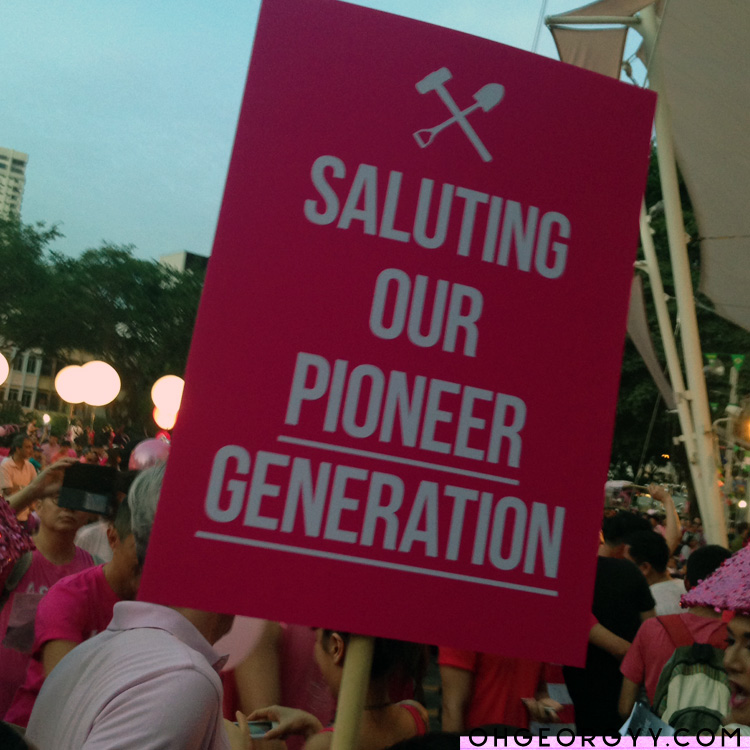 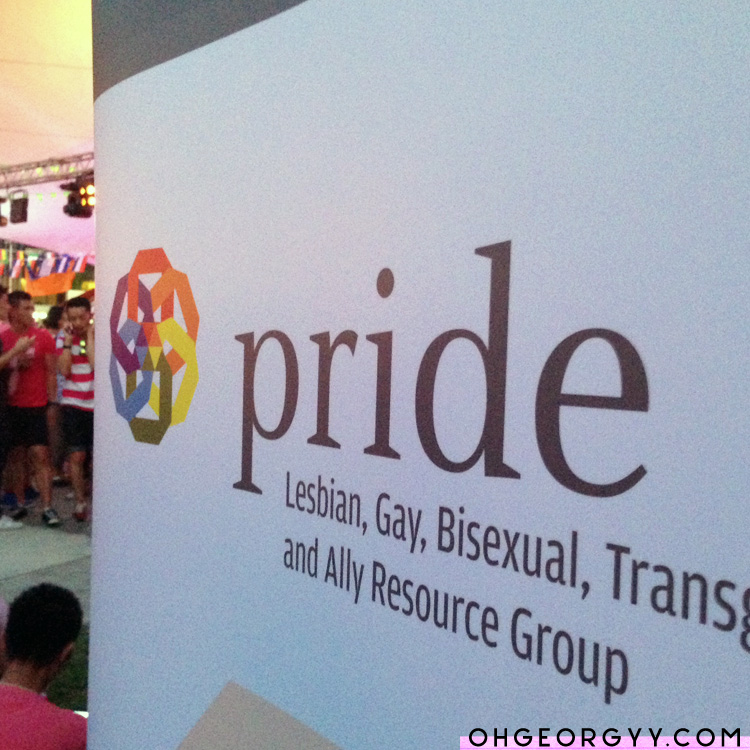 With Ang Mo Kio – Bishan Park (River Plains) in close proximity to my block, there shouldn’t be an excuse to go on a quick jog around the neighbourhood. I love the view while there. Earlier I had to stop my jog just to feel the February breeze on my skin. The view was fantastic! A sunset trying to glare over the tropical haze. Lakas maka-switch on ng Singapore Appreciation Mode. By that I mean… appreciating Singapore beyond the tourist areas. This is the heartland.

My goal every year is to be fit. Which I’ve failed repeatedly! I’ve become more down-to-earth with the dreams I set out to achieve (I still dream, yes, even if I’m hitting 30 in a few months)… so instead of wishing and hoping… it is time to just start doing!

I want to finish a 10km race in 1:10 to 1:15 this year. And perhaps next year, even faster. My current 10km is at 1:23 but that is like doing it improperly. I want to do a proper run, the kind where you don’t look like a dying bird while crossing the finish line.

Earlier I did a test run of my 5km route from my neighbourhood in Bishan to the middle of Ang Mo Kio – Bishan Park (where it meets Marymount Road near the intersection of Ang Mo Kio Ave 1). It was a fun run. I enjoyed seeing other joggers (one athlete guy was shirtless, haha!). I also discovered they have a “Dog Run” section of the park where so many owners brought their pets. Kids were on rollerblades and skateboards. Young and old couples were seated at park benches and enjoying the sunset. Birds chirping. Eto yung ideal park scene sa mga pelikula.

You are probably thinking if I was really running and not dancing.

On the way back to my block I discovered that they have started construction on a new nursing home for the elderly. I read that residents had originally rejected the idea of having a nursing home in this area because it used to be a football field and their kids wouldn’t have a place to play anymore. Or that the air flow in this breezy part of the neighbourhood would be blocked.

Okay I won’t meddle or comment haha. All I can say is that construction is everywhere in super cities like Singapore. I have noticed that there are a lot of elderly in this neighbourhood.

I’m not an expert or barely an experienced runner (kahit sumali na ako sa Standard Chartered twice, 10km category)… but when I run I like to have my phone, EZ Link (Transportation, Basic Expenses Card) or ATM Debit Card tucked in my armband. I also have my keys and about $10 wedged in there somewhere.

Suzie invited us over to her condo at Normanton Park. Isa ‘to sa mga hangouts namin sa Singapore. In fact she’s been living there for almost three years. This is where we usually have our barbecues, our parties, our inumans (house drinking sessions) in Singapore.

By the time we got to Normanton Park it was almost 6:00 PM. And medyo gutom na kami so nagpadeliver kami agad ng Canadian 2-for-1 Pizza. It’s one of those cheaper pizza delivery options. Honestly wala talaga tatalo sa Yellow Cab pizza delivery with Charlie Chan Pasta. 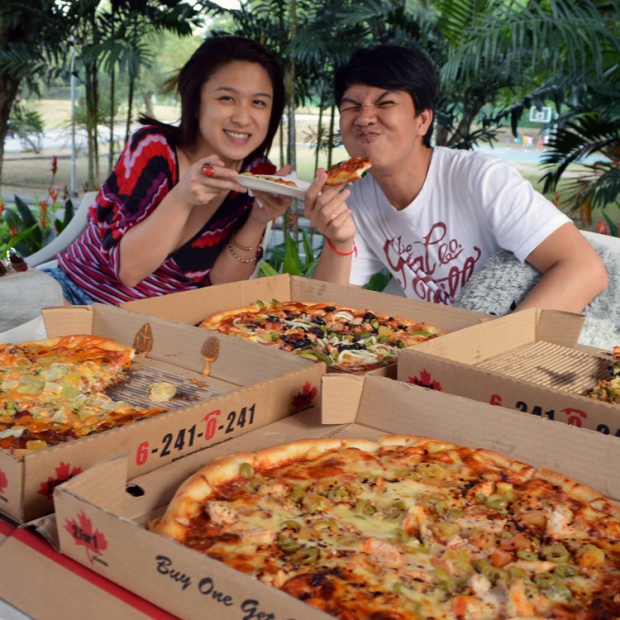 For the past few gatherings the star of the show is baby Clarebear! She was born 13 months ago and she is growing up so fast! She’s the cute daughter of our friends Bajo and Carlo.

I wasn’t really in the mood to go swimming… but I did enjoy being near the water again. This Lunar New Year I didn’t plan any trips anywhere (kasi usually it is crowded or much more expensive, think Holy Week but this being Singapore’s version). These simple hangouts at Normanton are more than enough.

Masarap pala ang Mountain Dew Pitch Black! I’m such a purist with Mountain Dew, which is like my official soda. But Pitch Black variant is pretty good. It’s the Dew + grapes.

Oh and I brought along Ashlee, one of my favourite stuffed toys na shark. 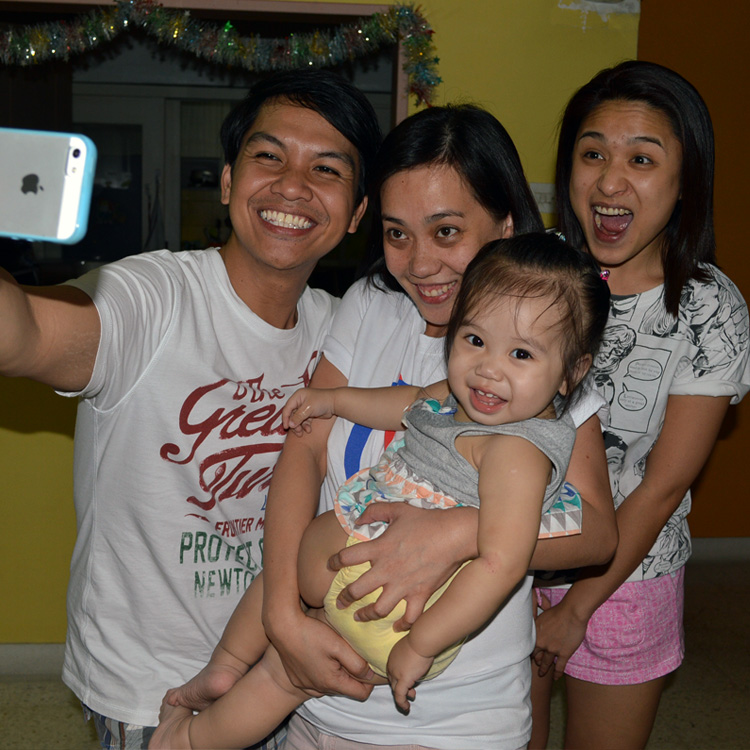 I like how Clare looks at the camera after seeing the focus lamp. She’s adorable!

It’s the first day of the Lunar New Year! While many families in Singapore gathered for reunions and gossip, my boyfriend and I decided to go on a leisure walk to the nearby Ang Mo Kio – Bishan Park. It is a large park that divides two central Singapore estates, Ang Mo Kio and Bishan.

We tagged along my friend Joanna who lives in Ang Mo Kio.
END_OF_DOCUMENT_TOKEN_TO_BE_REPLACED

The fourth and last day of my parents’ visit to the Lion City. 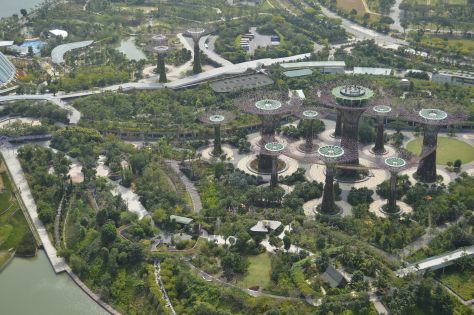 END_OF_DOCUMENT_TOKEN_TO_BE_REPLACED

A few years ago, my family and I flew to Singapore for holiday. Instantly, I fell in love with the airport and the cleanliness of the city. I knew I wanted to make the city my home. Sixteen years later, I'm living my Singapore dream. I moved here to further my career as a producer for television. I’ve worn multiple hats on this incredible journey: producer, editor, content marketer, dragon boat paddler, boyfriend, activist, podcast host, and many more.

This is my personal blog where I write about my life in Singapore. All views expressed here are my own. If you would like to reach out regarding my career as a media professional, let's connect on LinkedIn.